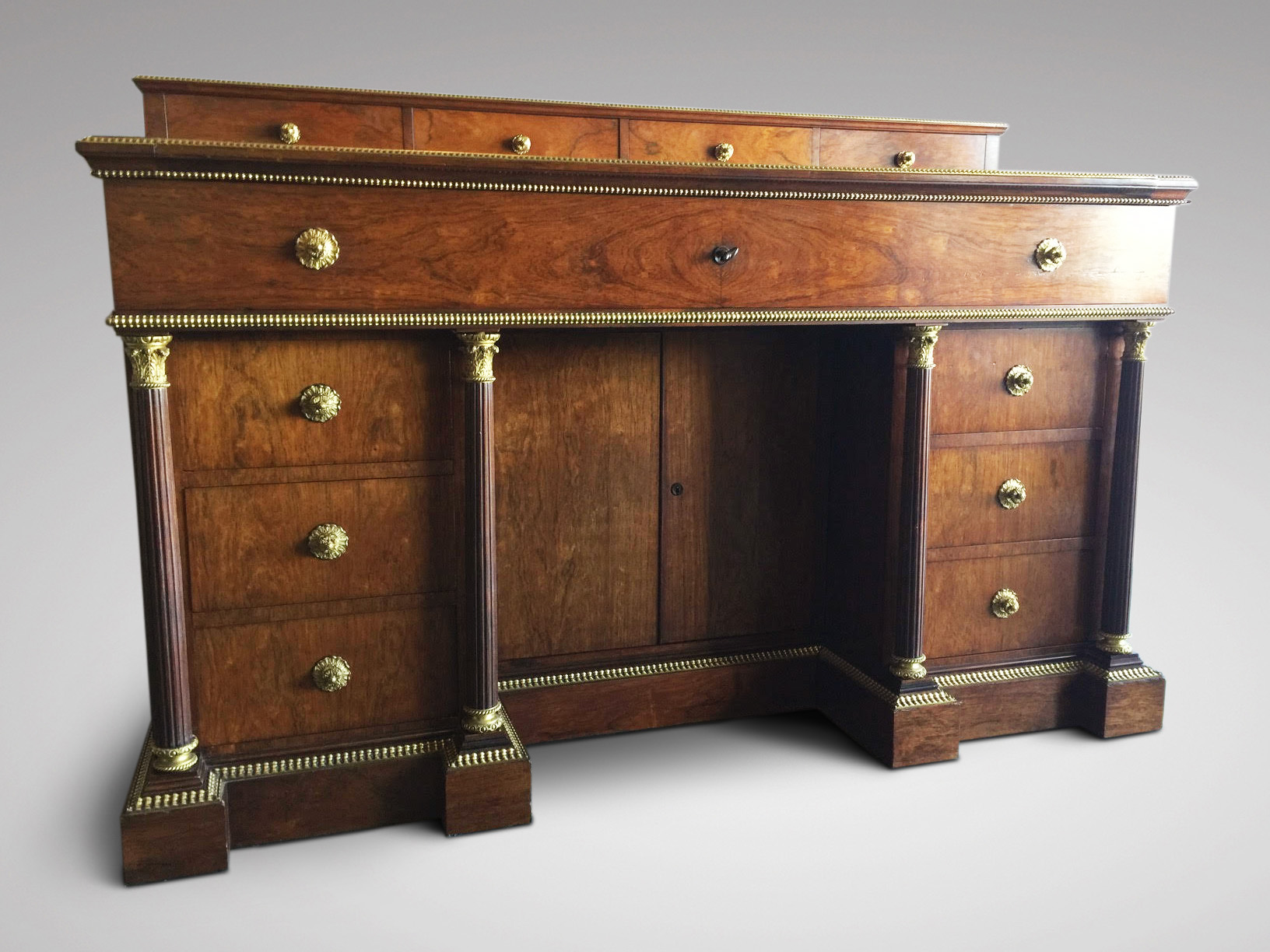 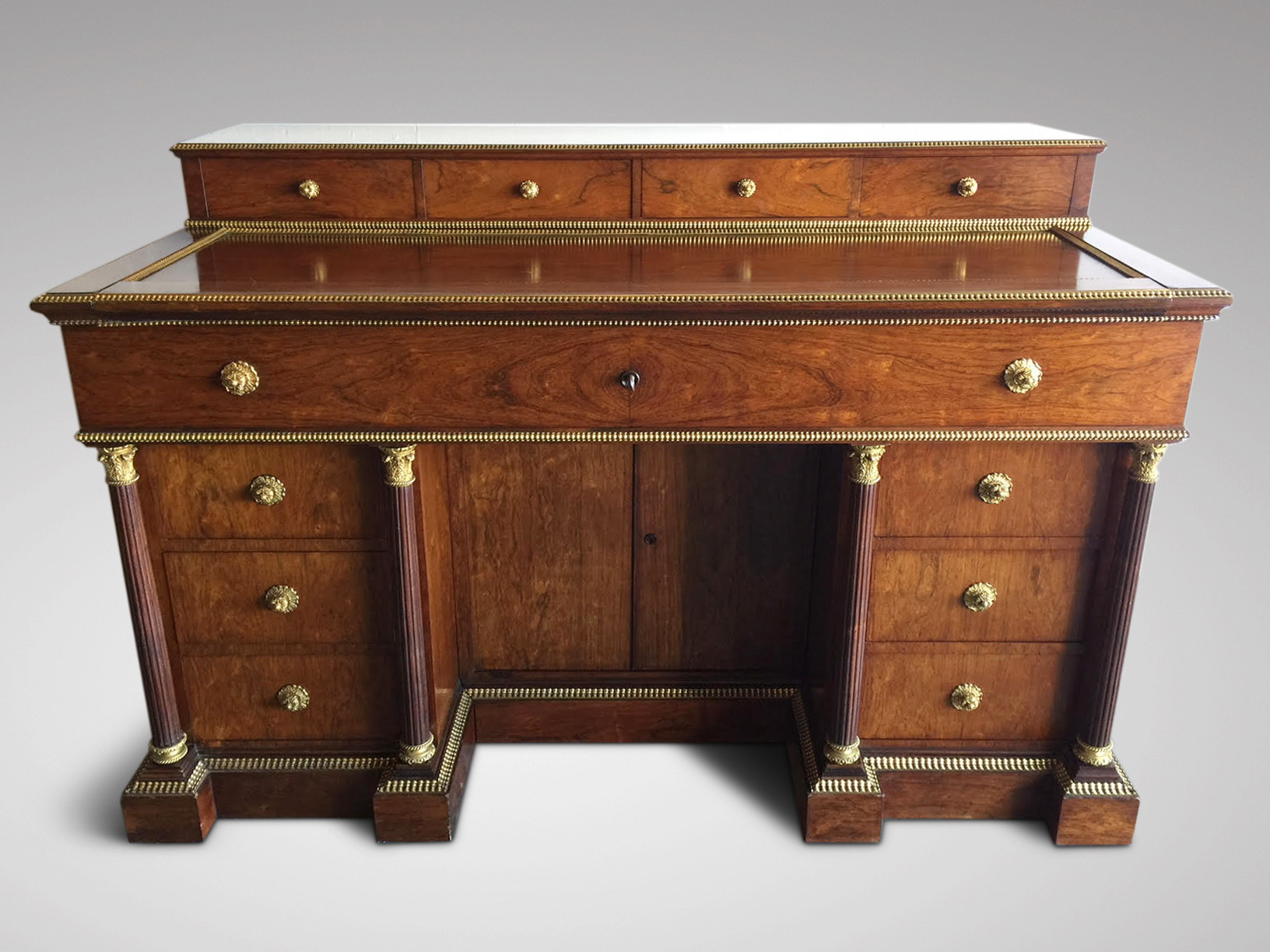 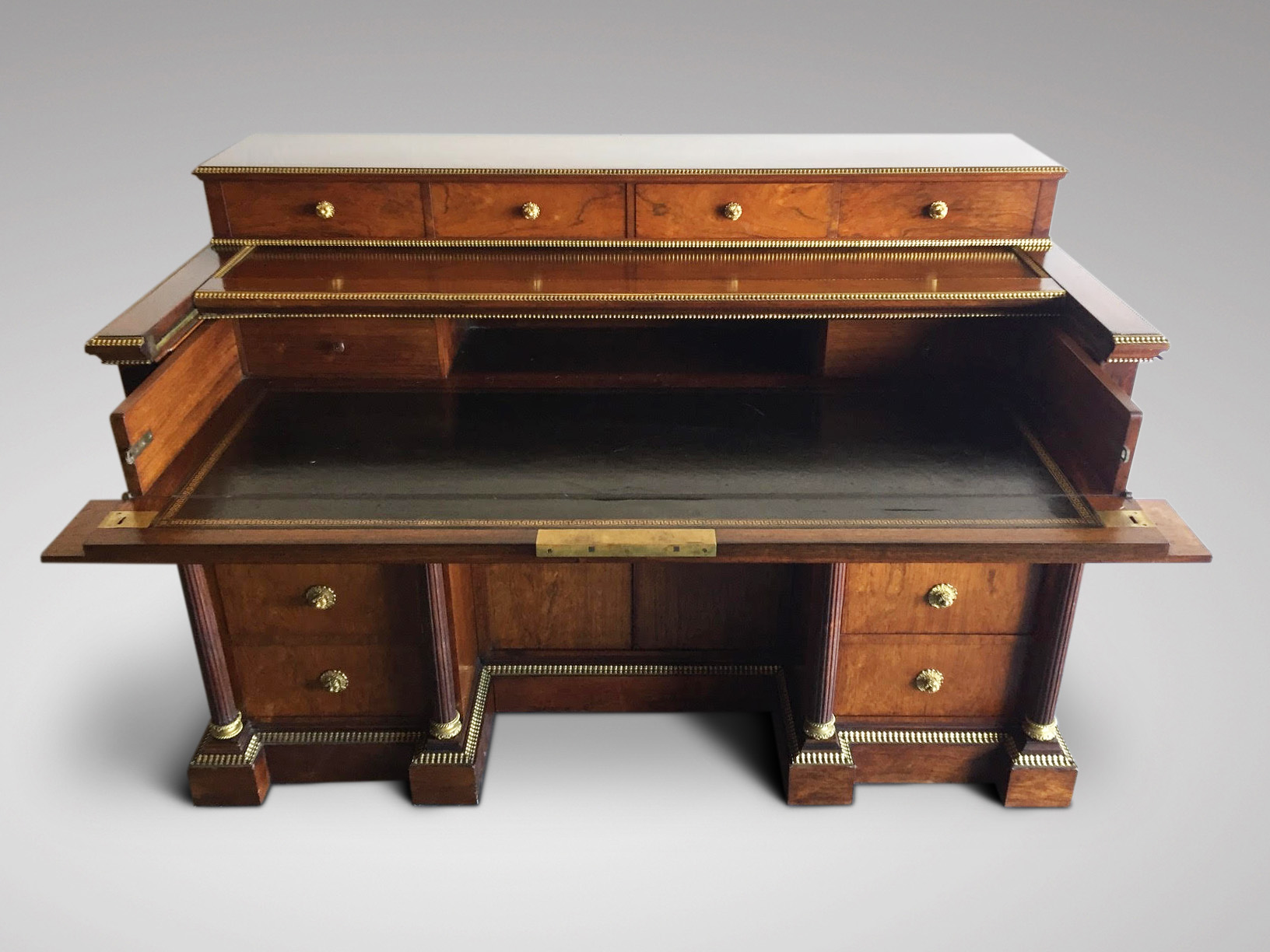 Not quite what you wanted?
Try our Finders Service
Got something similar to sell? Sell to us

A Louis Philippe rosewood and ormolu mounted desk, with a cartonnier having four drawers above a panelled top with pull out drawer on a brass cogged wheel mechanism enclosing a tooled leather top and two further drawers. The fitted cupboard surrounded by six drawers, one fitted flanked by acanthus capped fluted columns. The top middle section stencilled 'Lesage & Grandvoinnet Rue de la Chaussee-d'Antin No:11 Paris. 167cm wide x 112cm high x 87cm deep. Illustrated Provenance; Little Manor, Essendon, Hatfield when admiral Clement Franklin inherited and transferred it to the Red house, Curdridge, Hants then with Keith 'Toby' Bromley at Ashley Manor, Kings Somborne Hants. Antoine- Nicholas Lesage (1784-1841) was one of the most important merchants in Paris of the period, with important clients including the Duchesse de Barry. In 1837 he formed a partnership with Victor-Hyacinthe Granvoinnet, b1808 who had been working for him for some fourteen years. The partnership at 11, rue de la Chaussee-d'Antin, lasted until the death of Lesage in 1841. Many ebenistes worked for them including Remond, Jeanselme, Hervieux and Clavel. See Denise Ledoux-Lebard, le Mobilier Francais Du XIX Siecle, 2000p424-426

Not quite what you wanted? Try our Finders Service
Got something similar to sell? Sell to us